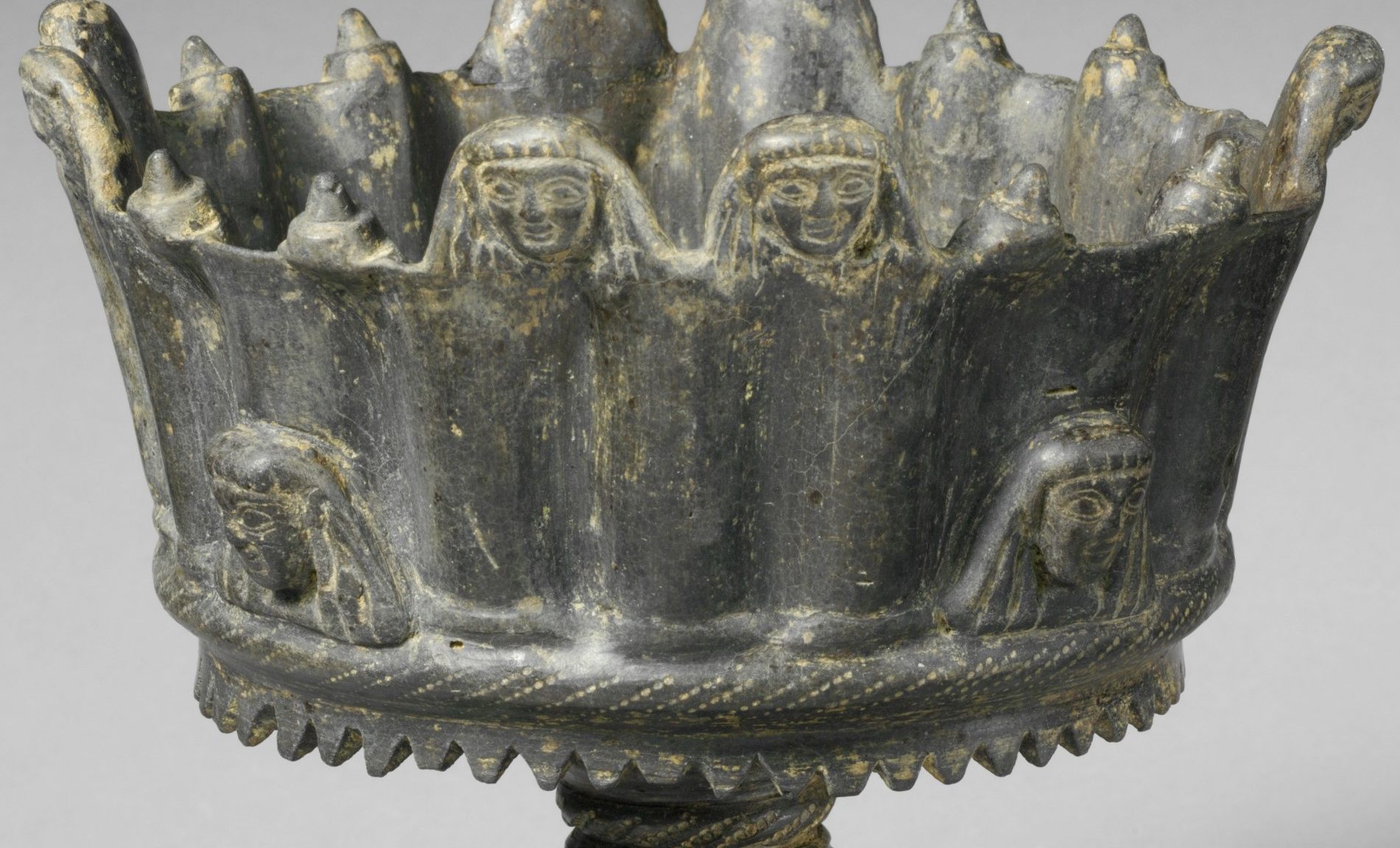 This stemmed chalice was made in Etruria around the middle of the sixth century BC. Perhaps, it comes from Vulci where such vases have been found in great numbers. It is, to put it mildly, rather elaborately decorated (and not necessarily technically very functional for drinking). It is now in the Metropolitan Museum of Art. The greyish-black color of the vase is typical for the so-called ‘Bucchero’ technique, with which this vase was made. The decoration seems at least partially, hand-shaped rather than mold-shaped – particularly as far as the details are concerned.