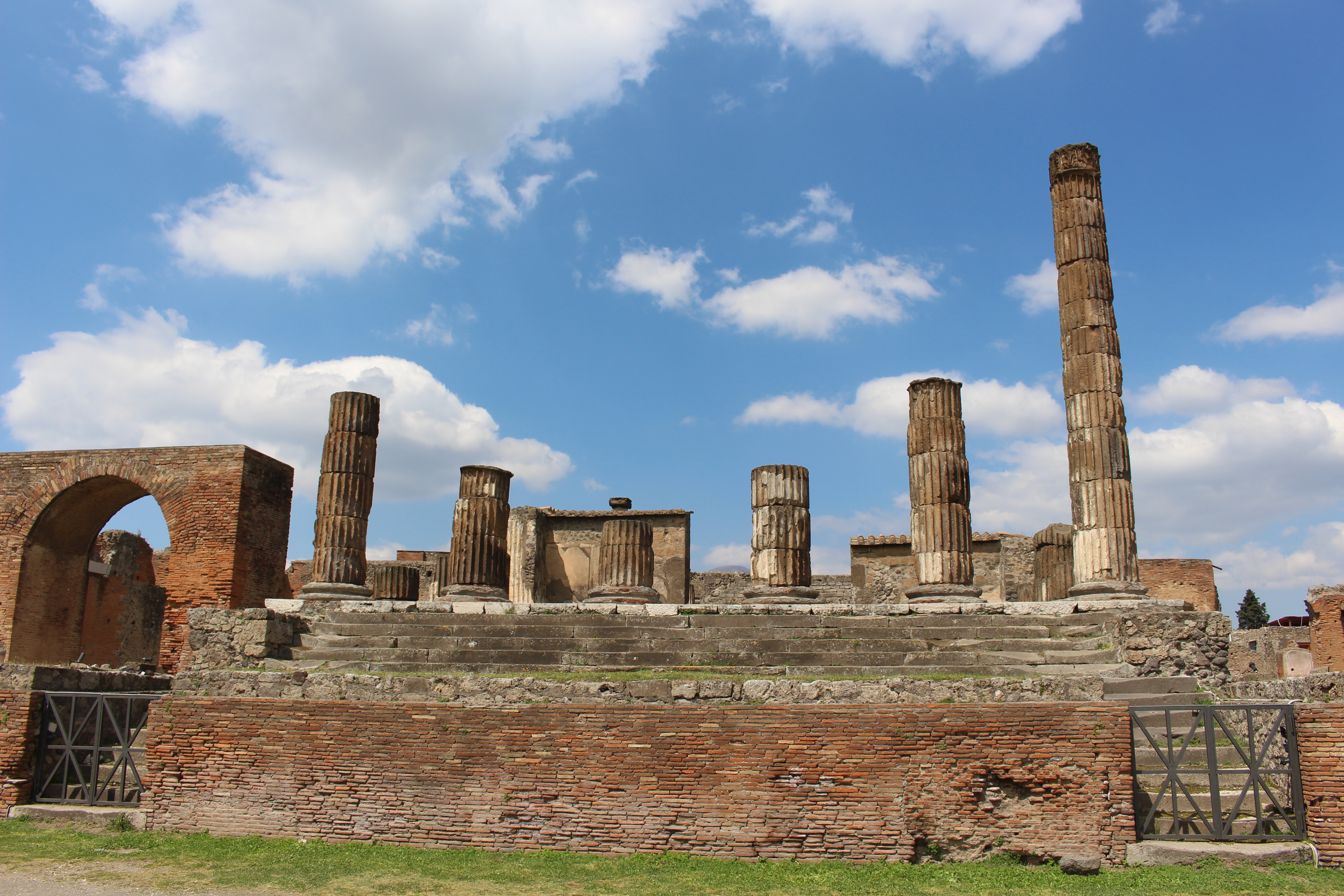 Despite the spectacular new excavations that are currently unfolding in the northern part of the city, the most significant discovery at Pompeii in recent decades was made just over a year ago, outside the main southern city gate, where a  large and well-preserved funerary monument was dug up alongside the road that probably connected Pompeii to its harbour. It contained a uniquely long inscription, which, so we knew, was a detailed eulogy for an unnamed individual who had done incredible things for the Pompeian community (the name probably featured somewhere on the monument, but it has not been found back). As of this week, we finally have access to the full latin text, and, in my own rough translation (based on the text and Osanna’s Italian translation, it reads something like this:

When he got his toga virilis, he gave a banquet for the Pompeian people with 456 triclinia accommodating 15 man each. He gave a gladiatorial munus so lavish and splendid that it could be compared to any splendid colony beyond the city, as he had 416 gladiators in the arena – and as this munus coincided with a price hike in the annona, he fed them for a period of four years. The care for his citizens was dearer to him than his family matters: when a modius of triticum (grain) cost five denarii, he bought, and he offered it to the people for one and a half, and to make sure that his liberality would reach everyone, he personally distributed, through his friends, quantities of bread equivalent to one and a half denarius to the people. For a munus that he gave before the senatusconsultum, for all days of the games, he gave beasts of any kind, in a mixed composition. Moreover, when the Caesar had ordered to lead away all families to more than two hundred miles from the city, he permitted only him to bring the Pompeians back to their country. Also, when he married his wife, he gave the decuriones fifty nummi, and, for the people, twenty denarii to the augustales and twenty nummi to the pagani. Twice, he gave big games without any burden to the community. Yet when the people recommended, and the ordo unanimously agreed that he would be elected patron of the city, and the duovir brought the issue forward, he personally intervened, saying that he would not be able to bear being the patron of his citizens.

The translation needs quite a bit of finetuning, and some parts of the Latin text are only partially understandable – but the general message of the eulogy should be clear enough.  Yet, what does it mean, and what does it tell us about Pompeii? The inscription is very nicely written, in full sentences and with very few abbreviations – it is almost true prose, compared to the formulaic texts full of standardized abbreviations that dominate our epigraphic record – clearly, we are in the first century CE, when the epigraphic habit is in full development.

Some of the phrasing is strange.  I am fascinated by the use of the word ‘caesar’ as sole reference to the emperor, which as far as I know is not common – usually you get an entire range of names and titles – and therefore meaningful; it points to the reality of damnatio memoriae, but in a more subtle way than the excisings that we know from Geta in the third century. Here, the damned emperor has no name, and is not referred to as ‘Augustus’,  but simply as ‘the caesar’ – he had to be mentioned, for the narrative, but was mentioned as briefly and vaguely as possible – a reference to the institution rather than to the person. Intriguing, for the Julio-Claudian period, when empership is still institutionalizing itself. Still, it must have been clear to all who that caesar that should have no name was: it must be Nero, and the inscription is likely to have been written at some point after his death in 68 CE – otherwise, his name would have been mentioned in full glory.

Who is this text talking about? Some have suggested that the unnamed benefactor was Gnaeus Alleius Nigidius Maius, a wealthy patron who dominated Pompeian political life in the decade preceding the eruption of 79 CE. I am looking forward to the arguments supporting this identification, but I remain sceptical: our anonymous hero seems to be operating on an entirely different socioeconomic scale (for instance, his gladiatorial shows are much bigger), and no mention is made of any of the offices that defined the career of Gnaeus Alleius Nigidius Maius. Of course, there is no intrinsic reason why this person should already feature in our known Pompeian epigraphic record. Unless we find direct, additional evidence, there is a serious possibility that we have to do with a homo ignotus.

We do know, however, that this guy, whoever he was, had (a) a stupendous amount of wealth at his disposal that (b) partially is likely to have been inherited rather than earned (you get the toga virilis  at some point in your teens, so where would he got the money for this insane banquet unless from within the family) and (c) that, at a later age, he was incredibly well-connected to the imperial authorities at Rome, and possibly the emperor personally, to the extent that the emperor offered him a personal privilege. The combination of being well-connected and having a lot of money whilst not boasting about local political functions points to a clear direction: this may very well be someone from the equestrian or even senatorial elite – many senators and equestrians had lavish villas in the Bay of Naples region, and there was a large number of such villas in close proximity to Pompeii.  Indeed, if Pompeians are going to bother publicly offering someone the title ‘patron’ and advertise it on such a prominent location, he can only really come from this group: to some extent, we do not need to know his name to know who this guy was, though I’d rather prefer we just had the name.

Thus, the inscription shows, rather dramatically, how close the ties could be between a city like Pompeii, and the Roman elite, and how much the city could profit, culturally, and socially, from the physical proximity and personal involvement of people like our mr. X. There is an economic side to this, too, and one that strengthens a point that I came to realize made some time ago: if mr. X was the kind of guy I think he was, he was not just spending his personal family fortune on nice things for Pompeians – he also was spending money earned elsewhere in the southern bay of Naples region: families like the X-es had substantial property portfolios throughout Roman Italy, but they spent that money in or close to the place where they preferred to spend most of their time – and for this family, that place was, apparently, Pompeii. Hence, what you see in the Bay of Naples area is not just an export economy, or an import economy, or a complex economy that was well-integrated into the Roman imperial economic network – it also was an economy that was fed by income generated in a variety of other places – and this inscription shows what that could mean for a city like Pompeii.

Does it change our perception of Pompeii? Probably it does, but not too dramatically – it confirms several things we already suspected, and illustrates an euergetism and urban patronage on a scale that at Pompeii hitherto had been unknown. Given the figures mentioned, it will foster debate about the size of Pompeii’s population. It may point to a slightly bigger (maximum) population than I have suspected in the past, but the difference is marginal, and there are ways out. Still, however, it is a fascinating text that has a very promising scholarly future.