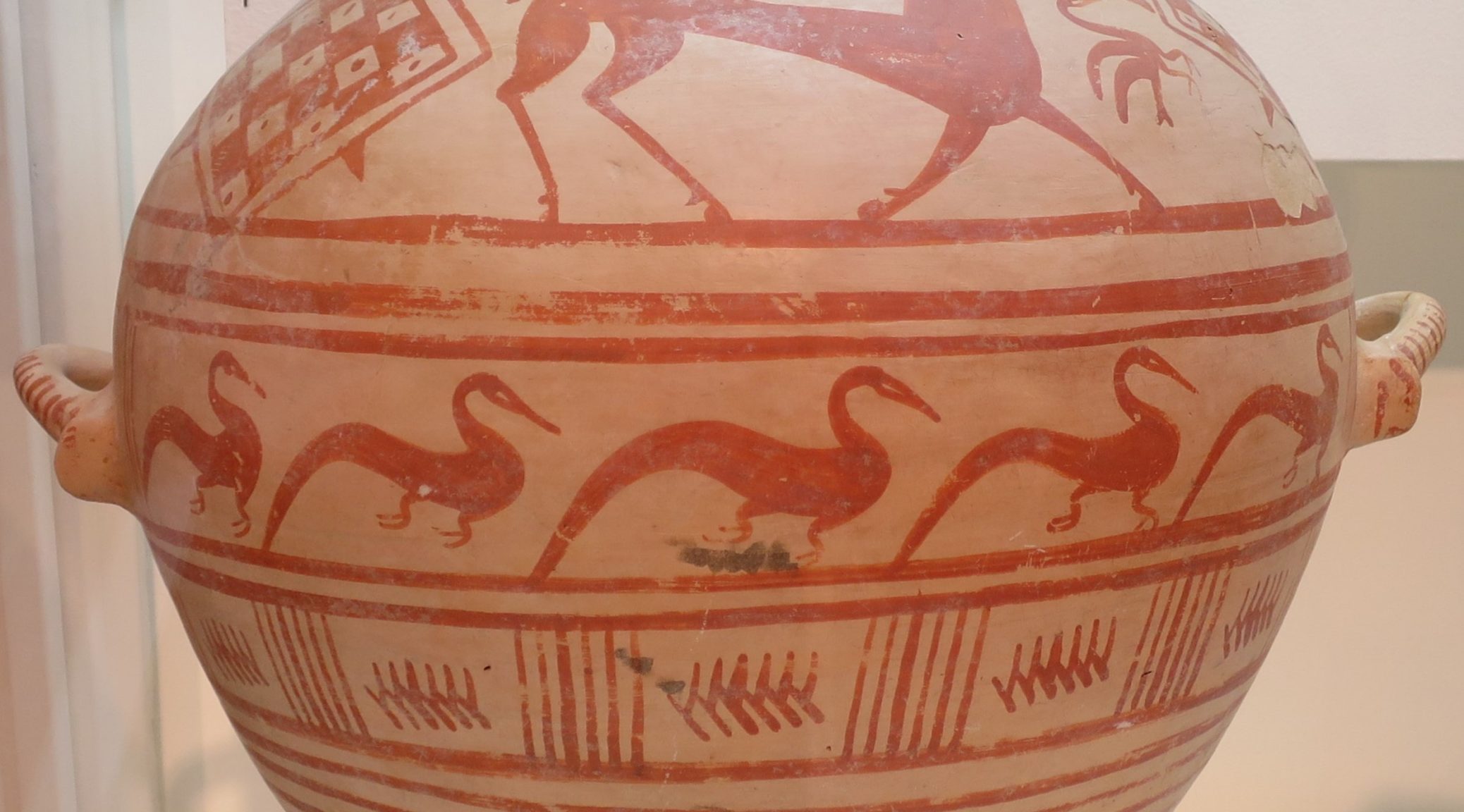 This is an early seventh century BC vase from Etruria, now in the Lowe Art Museum in Miami. Classical archaeologists would typically look further eastwards in this period, towards Athens and Corinth, but Central Italy is alive and kicking, and has its own ways of doing stuff. There is more red, and less black, but basic ingredients are similar, combining repetitive decorative elements with simple geometric patterns – in this case, lines. Still, this vase stands out in its simplicity.