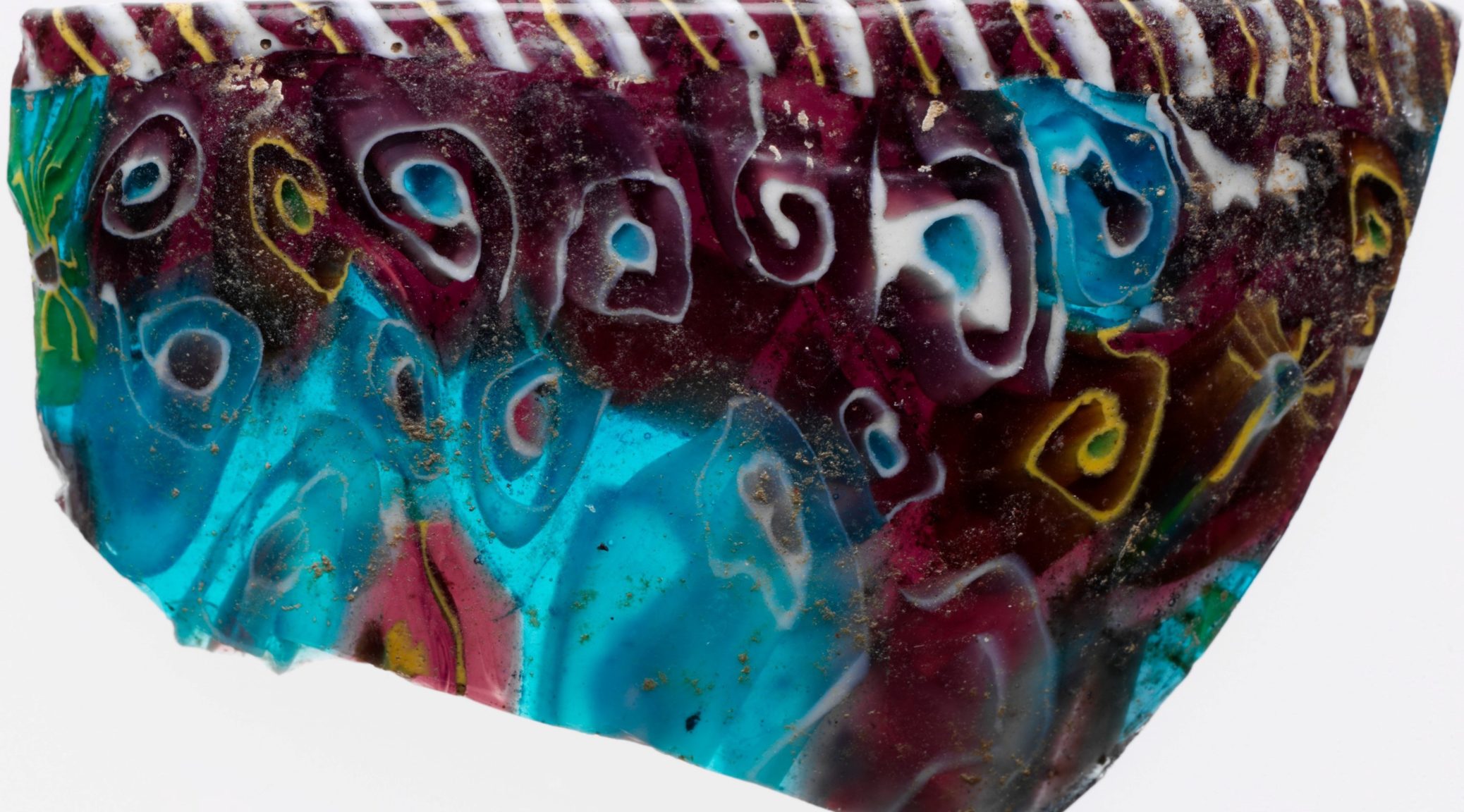 This is a tiny fragment of a Hellenistic bowl, probably dating to the second or first century BCE, and probably coming from somewhere in the Eastern part of the Mediterranean; it was donated to the Metropolitan Museum of Art by J.P. Morgan Jr. in 1917; typically, its precise origins remain unknown. But what is it? Clearly, this is not pottery – nor is it metal. It is, in fact, glass. While glass-blowing was not invented until the first century BCE, there was a tradition of glass-working in the eastern mediterranean – and by using molds, you can cast the glass in the desired form. Often, elaborate color schemes would be applied, but they were unable to fully control the casting process, so the result always looks a bit messy. Still, it is one of those indications that the ancient world was much more colorful than we tended to assume until not so long ago.